A gripping Scottish crime thriller from the winner of the Good Housekeeping Novel Writing competition 2016.

Just before her wedding day, Morven Murray, queen of daytime TV, is found murdered. All eyes are on her sister Anna, who was heard arguing with her hours before she was killed.

On the other side of Inverness, police informant Kevin Ramsay is killed in a gangland-style execution. But what exactly did he know?

As ex-Met Detective Inspector Lukas Mahler digs deeper into both cases, he discovers that Morven’s life was closer to the Inverness underworld than anyone imagined. Caught in a deadly game of cat and mouse, is Lukas hunting one killer, or two?

I’m over the moon to post my review today for Shadow Man by Margaret Kirk. I whipped through it within a couple of days, gripped and utterly thrilled to have found a new character in Lukas Mahler I know I’m going to want to follow for a long time to come. I don’t want to give too much away about him or the plot so I won’t go into too much detail but suffice to say this book is a wonderful read that really makes you stop and wonder what you’re about to discover on the next page.

The body of TV star Morven Murrey is found by her sister in a puddle of her own blood, brutally murdered. A tragic end to one woman’s life. And a frightening new beginning for Morven’s sister Anna, who must reconcile herself to the fact that the person she always felt inferior to growing up is now gone and find a way to cope with the hole in her life. As she comforts and supports her parents, she examines the fringes of Morven’s past in a bid to find her murderer.

Meanwhile Ex-Met Detective Inspector Lukas Mahler who is assigned to the case, struggles with not only the pressure his boss, the Murrey family and the press are heaping on top of him but also the care of his ill mother. It’s clear from very early on in the book that Lukas has a lot of ghosts in his past, spectres that are haunting his every move and every thought. This really drew me into his personal story and made me want to keep turning the pages. I’m so looking forward to reading Margaret Kirk’s next book and discovering a little bit more about Lukas and the darkness of his past.

In the mist of a referendum with the tornado of Yes/No campaigning sweeping across the country, Shadow Man unraveled beautifully, sweeping the reader up with taught, engaging prose and anchoring them down into the story the whole way through.

Shadow Man is a cat and mouse game to rattle your bones and steal the breath from your lungs. A game where the throes are razor sharp and the stakes rocket higher and higher with each passing hour. A fiendishly clever and intricately woven novel. Loved it!

If you would like to read Shadow Man here is the link! 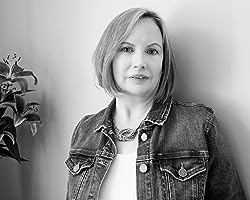 Margaret Morton Kirk is a writer living and working in the Scottish Highlands. Runrig fan, chocoholic and mad cat lady, she writes crime fiction with a twist and was runner-up in the 2015 ‘Bloody Scotland’ Crime Writing Festival short story competition.

Her short story, ‘Still Life’, was broadcast on Radio 4 in February 2016 as part of the ‘Scottish Shorts’ series for new and emerging writers.

‘Shadow Man’, the first in a series of crime novels set in Inverness and featuring ex-Met DI Lukas Mahler, won the 2016 Good Housekeeping First Novel competition. It will be published on 2nd November by Orion. 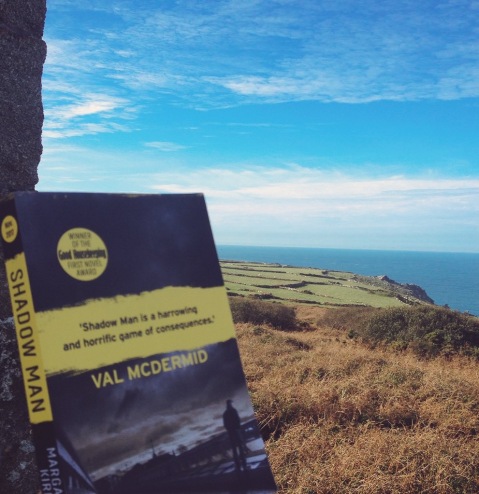 Huge thanks to Elaine Egan and Orion for my review copy!