My Mother the Liar

Welcome to my stop on the blog tour today! I’m thrilled to share a wonderful Q&A with author Ann Troup, who will be chatting to us about the inspiration behind her new novel, her writing rituals and her advice for budding authors! But first here is a little more about the book. 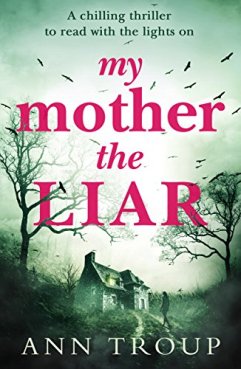 Every family has a secret…

When Rachel Porter’s estranged mother dies, she returns to her family home filled with dread about having to face her past, and the people who populated it.

Little does she know that there are dead bodies waiting to be discovered, and a lifetime of secrets are about to unravel.

Secrets kept by her mother, the liar.

To purchase this book, you can follow the link below: 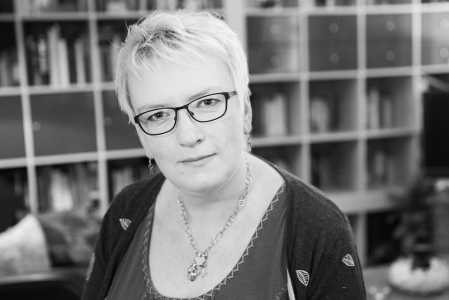 Ann Troup tells tales and can always make something out of nothing (which means she writes books and can create unique things from stuff other people might not glance twice at). She was once awarded 11 out of 10 for a piece of poetry at school – she now holds that teacher entirely responsible for her inclination to write.

Her writing space is known as ‘the empty nest’, having formerly been her daughters bedroom. She shares this space with ten tons of junk and an elderly Westie, named Rooney, who is her constant companion whether she likes it or not. He likes to contribute to the creative process by going to sleep on top of her paperwork and running away with crucial post-it notes, which have inadvertently become stuck to his fur. She is thinking of renaming him Gremlin.

She lives by the sea in Devon with her husband and said dog. Two children have been known to remember the place that they call home, but mainly when they are in need of a decent roast dinner, it’s Christmas or when only Mum will do. She also has extremely decent stepchildren.

In a former incarnation she was psychiatric nurse, an experience which frequently informs her writing. She has also owned a cafe and an art/craft gallery. Now she only makes bacon sandwiches as a sideline, but does continue to dabble with clay, paint, paper, textiles, glue…you name it. Occasionally she may decide to give away some of these creations (you have been warned!).

For more about Ann Troup you can follow the links below:

Can you tell us a little more about yourself and your path to publication?

About me – I am getting old, have far too many opinions, a tendency to be prolifically creative and probably an unhealthy addiction to good coffee. My path to publication was relatively straightforward and had a great deal more to do with luck than dogged determination on my part. I’d written a full length novel after my youngest left home and decided to see what would happen if I submitted it. I sent it to one agent and one publisher and heard from both on the same day. The agent rejected it, the publisher (HQ Digital, then Carina) made me an offer. I mulled it over for all of about ten minutes – which included googling to see if there was some kind of scam because no one gets that lucky – and signed for two books. Here I am four books later. It’s an uncomfortable story to tell because so many writers fight for years to become published, but it is an honest one and goes to prove that sometimes you just get lucky and the right person comes along at the right time.

Do you plan your books beforehand or do you write and see where it takes you?

A mixture of both – I have to plan some aspects meticulously. I have a reputation for writing particularly twisty and complex plots, so my stories aren’t for skim reading and tying it all together takes a lot of thought and planning. I do work to chapter outlines, but these change as I write and the characters always seem to dictate their own part in things.

Do you have any writing rituals?

I have to have a brand new notebook for each book, and I always hand write my notes with an ink pen. I also need a title on the top of the page – it invariably gets changed, but it has to be there before I can start to write. Other than that, just coffee and a comfy seat.

What was the inspiration behind My Mother The Liar?

Oh blimey! This is hard to pin down. I wrote the initial story quite a long time ago, and as I recall I’d been pondering the nature of sisterly relationships – I’d probably had a disagreement with one of mine at the time – for sisters, the four of us have wildly different personalities and I’ve always been fascinated by how differently people turn out when they’ve been brought up by the same set of parents in the same value system. I also had quite a tangled relationship with my own mother and I suppose the story grew from the typical ‘what if?’ idea. Although, in the case of My Mother, The Liar the ‘what if’ is quite extreme… (Incidentally my mother was not a liar, but she was complex and sometimes ornery and was a great source of story fodder. She died just over a year ago and is very much missed).

Have you always wanted to be an author?

Sort of… I’d always wanted to be, but never thought I would be. I’ve always written, mostly for my own indulgence but the thought of publishing didn’t come until much later. I briefly self-published My Mother, The Liar some years ago under another title but if I’m honest it was in no fit state back then and I’m glad I’ve had the opportunity to revise it and send it back out into the world in a much better state.

If you could have written any other book what would it be?

Goodness – so many! Too many to list, but most authors will admit that they never feel quite as good as they could about their own writing (if you corner them and give them enough wine!)

Do you have any advice for budding authors?

Just keep going, keep learning and keep trying. Oh, and grow a thick skin – it’s not as easy a life as we dream it might be.

Who are your favourite authors?

Again, so many! From the past John Steinbeck, Daphne Du Maurier, Charles Dickens and any given Bronte sister. Now, Kate Atkinson, Lee Child, Amy Tan and- more contemporary- Angie Marsons, who just goes from strength to strength and is also a truly lovely human.

How long did it take you to write My Mother The Liar?

It originally took a year, but it has been mutating in the back of my mind since then and the revisions took 18 months, after my (then) editor told me how much work it needed! But I re wrote it alongside writing The Forgotten Room, so had two on the go.

Are you working on a new novel now?

I am, but nothing in the pipeline for publication any time soon. I’ve had four books out in three years and I’d quite like to go back to just enjoying the writing for a while before I have to worry about deadlines. So, I’m afraid people are unlikely to see anything new from me for a while now.

In three words, can you describe My Mother The Liar?

I shall quote some of the reviews for this – “A Page Turner”.

Thank you so much for taking part in the Q&A!

My pleasure. Thank you so much for having me.

Huge thanks to Isabel Smith and HQ Digital for including me on the blog tour!

Me and My Books

Books, travel, and other things that make life interesting