To celebrate the paperback publication of The Missing Girl, today I’m resharing my review, alongside a wonderful Q&A with author Jenny Quintana! This book is absolutely amazing! I can’t recommend it enough!!

When Anna Flores’ adored older sister goes missing as a teenager, Anna copes by disappearing too, just as soon as she can: running as far away from her family as possible, and eventually building a life for herself abroad.

Thirty years later, the death of her mother finally forces Anna to return home. Tasked with sorting through her mother’s possessions, she begins to confront not just her mother’s death, but also the huge hole Gabriella’s disappearance left in her life – and finds herself asking a question she’s not allowed herself to ask for years: what really happened to her sister?

With that question comes the revelation that her biggest fear isn’t discovering the worst; it’s never knowing the answer. But is it too late for Anna to uncover the truth about Gabriella’s disappearance? 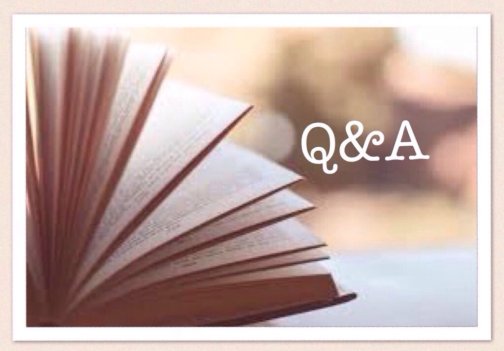 I’m absolutely delighted to post my review of this wonderful book today but first things first here is the Q&A with the hugely talented Jenny Quintana.

Can you tell us a little more about yourself and your path to publication?

I’ve always written, but for a long time I lacked confidence and then I was busy working as a teacher and being a mum. In my early thirties, I switched career to writing ELT books. At the same time I wrote short stories and won a few prizes. I wrote a novel and incredibly managed to get an agent. I was so excited when the agent submitted, thinking that it was my time to be published. It was all the harder when that novel was rejected. At first I wanted to give up, but I was compelled to write. So I wrote another novel. And then another. This time I submitted the beginning to the Bridport first novel award and it was long-listed. Then I was accepted on a six-month writing course run by Curtis Brown Creative. Finally, Sophie Lambert of C + W signed me. Less than a year later, Sophie submitted The Missing Girl to publishers. Amazingly, there was an auction and I was lucky to end up with Sam Humphreys at Mantle, Pan Macmillan. It was dream come true.

Do you have any writing rituals?

When I’m writing I have to drink tea from one of my collection of Penguin mugs. Apart from that, I don’t have any rituals, partly because I don’t have any set time for writing. It’s always been squeezed between work deadlines and school runs. My favourite time to write though is when I have the house to myself, or in the early morning when everyone else is asleep. When I’m writing a first draft, I like to write 1000 words every day too – preferably more if I can manage it.

What was the inspiration behind The Missing Girl?

I’ve always written emotional stories about families and relationships and this time I knew I wanted to write about sisters. The characters were in my head – Anna, 12 years old, gawky, imaginative and flawed, enthralled by her bright and popular older sister, 15-year old Gabriella. I tend to be influenced and affected by stories on the news not only about lost children but about other senseless and unexpected tragedies. Often the focus is on the parents, but what about the siblings? How must a disappearance or a tragic death affect the children that are left behind? How would my character Anna cope if Gabriella disappeared?

Have you always wanted to be a writer?

Yes, without doubt. When I was a child, I was always sending off letters to comics, or stories to local newspapers. I loved it when I saw my words in print! When I was twelve, I wrote a detective novel which my dad marked – he gave me an ‘A’. I love everything to do with books. I studied English Literature at University and was an English teacher for a while, but I knew I could settle for nothing other than being an author.

If you could have written any other book what would it be?

There are so many brilliant books that I would love to have written – although if I had, I wouldn’t have had the pleasure of reading them! But if I had to choose one – or maybe two! – I’d go for Daphne Du Maurier’s Rebecca and My Cousin Rachel.

Do you have any advice for budding authors?

I think it’s really important to prioritise writing – to make the decision that writing is one of the most important things about you and that it must be done. Also, this might be obvious but it’s important to finish the book. Otherwise there’s nothing to edit or send out to agents. It doesn’t matter what the first draft it like. You can change it afterwards.

Who are your favourite authors?

It’s a very long list … Agatha Christie because she was so important during my childhood. And then Daphne Du Maurier, Patricia Highsmith, Margaret Atwood, Sarah Waters, Helen Dunmore, Elena Ferrante – and the classics – The Brontës, Dickens, Shakespeare … and many, many more.

How long did it take you to write The Missing Girl?

That’s a difficult question because I stopped and started so many times. But in total I probably took about a year to write the first draft and then there was at least another year after that of editing and rewriting.

Are you working on a new novel now?

Yes. It doesn’t have a title yet, but it’s another emotional story, this time set in a wild house on the south coast. Like The Missing Girl it takes place in different time frames and has a mystery at its heart.

In three words, can you describe The Missing Girl?

Wasn’t that wonderful?! Thank you so much, Jenny, for taking part in the Q&A! I can’t wait to read her next novel! And now, here is my review of The Missing Girl:

The Missing Girl is a mystery of the highest calibre, clever, intense and gripping. Jenny Quintana’s writing is effortlessly beautiful, imbued with atmosphere and emotion, like a sweet spell, it draws you in and keeps you whole-heartedly glued to the story unfurling within its pages.

Anna Flores returns home with a heavy heart after thirty years’ absence. Her mother has passed away and now she is on her own, tasked with organising her childhood home and Ester’s affairs. But echoes of the past liaise frighteningly with the present as memories of her lost sister come to the fore. As the events leading up to Gabriella’s disappearance are revealed, Anna is confronted with the truth she has craved since being a little girl: what really happened to Gabriella?

Told through chapters alternating between the past and present, Anna’s story is incredibly emotional. She was twelve-years-old when her sister vanished and suddenly life vaulted onto a fearsome new path. She was just an ordinary girl who helped her mother with Church duties, shared her father’s curiosity for life and loved her big sister Gabriella with all her heart, then she is the missing girl’s sister, cast into the public eye and confronted with a void so massive, it is almost too much to comprehend. This book looks at grief and loss with honest, beautiful prose, woven through with hope and kindness. It looks at who you are when you lose someone and the changes that absence leaves in the tiniest nuances of your soul.

I raced through the pages of this book, desperate to uncover the truth at the end and yet dreading turning the final page. This is a book I could read over and over again, beautifully written and beautifully plotted. Some books really connect with the reader and this one really connected with me. An exquisite, achingly tender book that begs to be shared and enjoyed.

The Missing Girl is a book that explores how tragedies affect the young, and how one girl grows up with the hole her sister’s disspearance has left behind. A profound tale of loss, fear and hope. Wonderful! 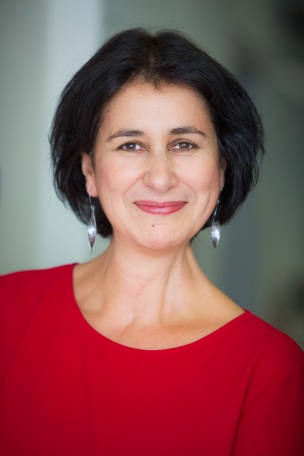 Jenny Quintana grew up in Essex and Berkshire, dreaming of being a writer. She studied English Literature at Queen Mary in London and then gained a PGCE at Goldsmiths. She taught in a secondary school in East London and then moved abroad living and working in Seville and Athens. When she returned to England she began writing books for teaching English as a Foreign Language. At the same time, she wrote short stories and won several prizes. She attended the Curtis Brown Creative writing course where she was inspired to complete her debut novel The Missing Girl. She lives with her husband and three children.

If you would like to read The Missing Girl here is the link! 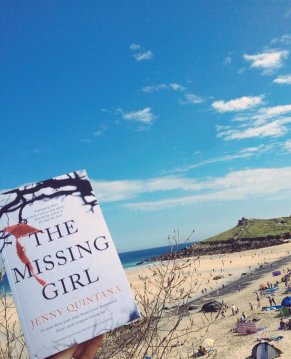 Huge thanks to Sam Humphreys and Annabelle Wright for my review copy and for including me on the blog tour!