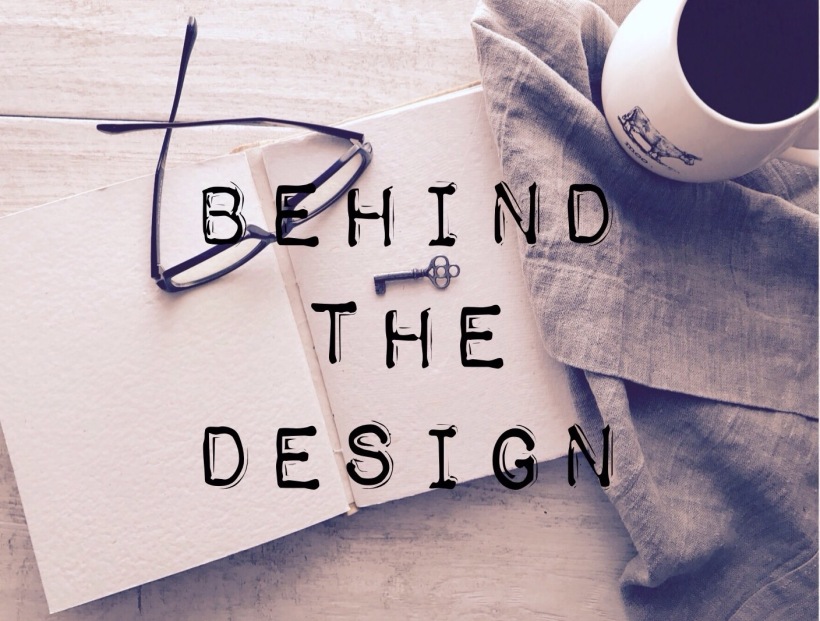 “The Behind the Design feature follows the very best of book cover designers and explores the inspiration behind their latest creations, the process behind the designs and the quest to find the perfect book covers. Book covers entice us over in a bookshop, they’re the spark of intrigue or fluttering of wonder that invite us to discover the world inside the words. To highlight some of these covers and their extraordinarily talented creators, I thought I’d launch a feature that will take a look at the process behind the design. I hope you enjoy it!”

Welcome to the next post in my brand new feature! I’m thrilled to have the lovely Jamie Keenan on the blog today, who will be talking about the cover for The Reading Party by Fenella Gentleman, published by Muswell Press on the 14th June! Jamie will be talking us through his inspiration and the process behind the design! And also, something very special with today’s post, author Fenella Gentleman and publishers Kate & Sarah Beal share with us their thoughts on this fabulous cover!

My starting point, as you can imagine, was reading the manuscript. It’s a fantastic book and creates such an authentic world with such well-rounded characters, that I immediately thought it must be, at least partly, autobiographical. I knew straight away that I wanted to get across the idea that we’re entering some kind of secret world here – which, to most of us, it is – so I came up with quite a few roughs that used archways, windows and doors as a way of conveying this move from our usual world to another. And although it’s not a mystery in the normal sense, there is a vague feeling of uncertainty that never quite leaves you as you read the book, so the image is cropped in a way that feels slightly Mona Lisa-like and the blurry view through the window (which we had to add, as it didn’t exist in the original photograph) hints at the idea that, just like the character on the cover, we’re about to visit somewhere new.

Sarah and Kate kindly asked if I had any thoughts on the cover. I did – assuming it would feature an Oxford college or the Cornwall of the reading party – but I also expected to defer to them on what sells a book.

They shared four of Jamie’s initial designs. Two had overtly Oxford settings, which ironically didn’t work for me; two had a girl reading. One of these particularly appealed: it was like a glimpse of Sarah Addleshaw and it had the right atmosphere.

I loved the way the woman’s face is partly hidden and the hint of a smile at something she’s reading or someone in the room; also, you felt she was aware of being observed. All that seemed fitting for a story about people trying to read other people as well as their books.

The addition of the window and the blurry view allows for Sarah being in her college rooms, or even in the Cornish house, which is nicely ambiguous and cleverly done. The choice of ‘Firenze’ as the typeface also works for me: it evokes the 1970s without being mannered, and the purple makes it delightfully retro.

When I saw the final design I felt immediately “That’s it!”, which was wonderful. I’m so grateful that Sarah and Kate let me be part of the process, and I think Jamie is a genius.

When we take on a book we read it with an eye to the cover as well as the edit. The Reading Party is set in Oxford and Cornwall and both locations are beautifully evoked by Fenella. Two images immediately suggested themselves – the quad of an Oxford college with Sarah, the main protagonist, in the distance, and a house on a Cornish cliff. We collaborate closely with our authors and happily Fenella was thinking along the same lines.

We work with several designers but knew right away that this was one for Jamie Keenan. With his intuitive approach and innate creativity we felt he would ‘get it’ and respond to the subject and tone of Fenella’s book.

We briefed Jamie by giving him the text together with some picture prompts (Oxford colleges / Cornish cliffs) and some examples of the sort of 70s typography we felt would work.

Jamie read the book and came back with 10 roughs, some of which featured the same image with different typography. We then discussed with Fenella and asked Jamie to adjust the font a little. UItimately the image which we all felt worked best – a woman reading in bed with a quad viewed through the window – was one that we hadn’t briefed but was an evolution of the Oxford quad idea featuring Sarah. Jamie’s masterful approach humanises the book whilst the partly obscured face adds a touch of mystery, all of which adds up to an appealing and seductive package.

Below are some of Jamie’s early designs:

And here is the finished design:

For more about Jamie, Fenella and Kate & Sarah at Musswell Press, you can find them on Twitter below:

And via these links:

Below are just a few more of Jamie’s wonderful cover designs!

About The Reading Party 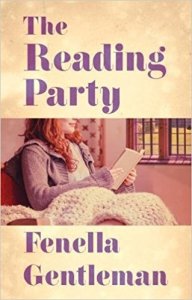 It is the seventies and the colleges of Oxford are finally opening their doors to women. Sarah Addleshaw, young, spirited and keen to prove her worth, begins term as the first female academic at her college. She is in fact, her college s only female Fellow . Impulsive love affairs with people, places and the ideas in her head beset Sarah throughout her first exhilarating year as a don, but it is the Reading Party, that has the most dramatic impact. Asked to accompany the first mixed group of students on the annual college trip to Cornwall, Sarah finds herself illicitly drawn to one of them, the suave American Tyler. Torn between professional integrity and personal feelings she faces her biggest challenge to date.

To purchase a copy, you can follow the links below:

Below is a short Q&A with author Fenella Gentleman!

Can you tell us what a ‘reading party’ is and is it based on fact?

A ‘reading party’ is typically a week of hard work in library conditions (and hard play in the great outdoors) to help students prepare for their exams. At Oxford, the tradition began in the late 19th century: my college had a reading party (I went twice) and there are at least three other schemes. Anachronistic but rather wonderful, as Sarah discovers – and as Oxbridge is, at its best.

The novel begins in Oxford and the main character, Sarah, is both confused by and impressed with its traditions. Is this world of privilege familiar to you?

I got into Oxford from a North London grammar, drawn by the austere architecture, the glorious gardens and the fascination with ideas. My ‘arty’ background may have given me some street cred, but like Sarah I knew little of Oxbridge (or public schools) and found the aplomb of those who did both enviable and off-putting. It’s a huge privilege to go to a good university, not to be restricted to the privileged.

Set in the ‘70s, The Reading Party portrays a world where women have everything both to prove and to lose, with Sarah very much a lone woman in a man’s world. Have things have moved on?

Sarah starts her career at a key point of transition in the 1970s, and she alternates between the exhilaration and paranoia of being in the vanguard. Nowadays, gender ratios are better (though not necessarily good) and women face the less glamorous challenge of reshaping institutions and behaviours that we’ve learnt to work with but which don’t necessarily suit us well.

Sarah hails from Norfolk and the majority of the novel is set in Cornwall. Do you have any links to either area?

I visited the Cornish coast often as a teenager and later with family near St Ives, on the Lizard and in Falmouth: love the bluster of the cliffs tops, especially near Mevagissey – as does Sarah. North Norfolk, where we’ve been for 20 years, has a different grandeur: it’s a treat to walk between
Blakeney and Cley – Sarah had to be familiar with those expansive views (and the reeds)! 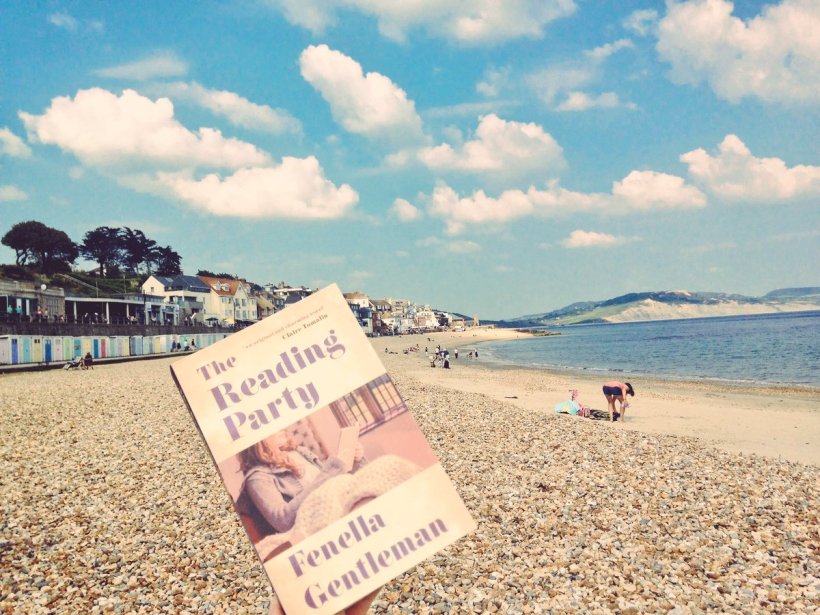 Huge thanks to Jamie Keenan, Fenella Gentleman and Sarah & Kate Beal for their fabulous pieces!!

That’s it! I hope you’ve enjoyed learning more about the process behind the design as much as I have!

Keep an eye out for more posts in this feature soon!

If you’re a book cover designer and you’d like to be involved in my new feature please drop me a line at ronnieturner7@aol.com! I’d love to hear from you!